The Muslim Woman at the Well

Home » The Muslim Woman at the Well 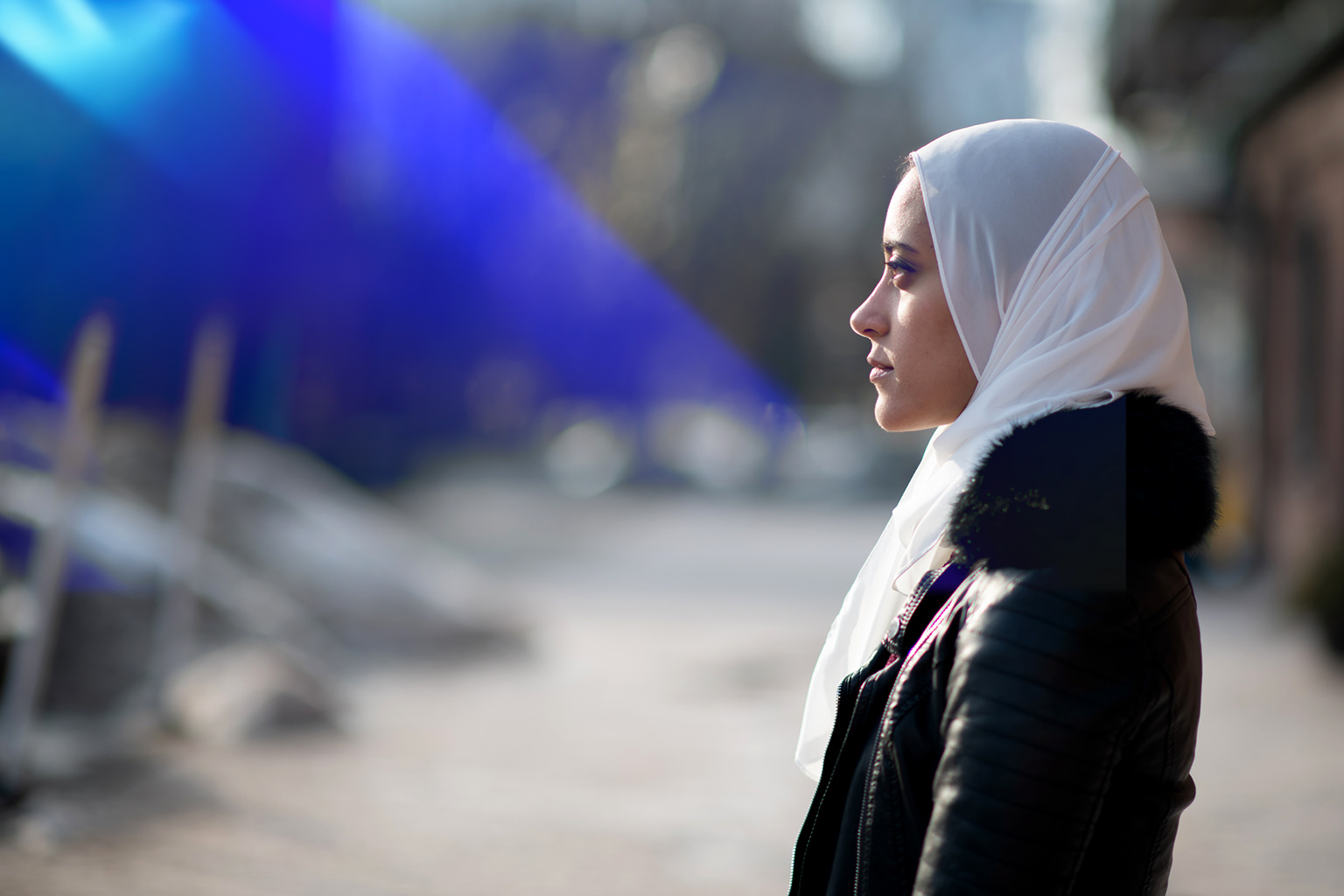 “Get out of my house and never come back!” Mustafa slammed his fist on the table, catapulting a fork onto the floor. Standing up, he grabbed Sunni by the back of her burqa, hauled her to the open back door, and shoved her across the threshold so hard that she nearly fell on the concrete patio. Mustafa slammed the door shut, and Sunni heard the deadbolt click into place.

Though she would not have chosen him to be her husband in a million years, Sunni had beseeched Mustafa to give it more time. In the Muslim man’s eyes, the woman’s transgression was worse than mere immorality. If Sunni could not bear him a child, she would no longer be his wife. She was now a 23-year-old divorced Muslim woman.

In the Muslim man’s eyes, if Sunni could not bear him a child, she would no longer be his wife.

Life with Ghassan was an even greater nightmare. In the eyes of her parents, the arrangement was an attempt to reassemble the honor lost by Sunni’s failure with Mustafa. To Ghassan, 25 years her senior and conveniently uninformed of Sunni’s difficulty in getting—and staying—pregnant, this young enchanting wife provided him bragging rights and a way to make up for his other mistake of a wife.

But to Sunni, this was far from redemption. Her new husband launched into the viscous beatings just seven nights after their wedding. Ghassan demanded perfection in all things, and if he found so much as a dish out of place in the kitchen cabinets, Sunni paid the price in beaten flesh.

This time, the divorce was sparked by Sunni. Too self-important to admit failure, Ghassan retaliated, announcing to his family that he had sent Sunni away, citing her multiple shortcomings and vowing to spread the news that Sunni had mental problems. Yet again, the breakdown of her marriage, coupled with Ghassan’s preposterous claims, piled shame upon Sunni and her family.

One trusted confidant served as a refuge of counsel during Sunni’s life storms. Taghreed, a single woman focused on her career yet personally familiar with the tension plaguing arranged marriages, had continually spurred Sunni toward a better life. Sunni’s steady and hopeful comrade not only offered her a safe place to escape the agony of her disastrous marriages, but Taghreed had listened incessantly and supplied wise and unconventional advice, even when it was not readily received.

Elated once again to be free from a toxic marriage, Sunni soon landed a job at the Four Seasons hotel, thanks to Taghreed’s help.

“This is a new world for me, Taghreed. I can’t believe I’m working, bringing in my own money, and not dependent on a husband for survival…I have hope again.” Sunni reflected over a late-night dinner with her closest friend. “I don’t really want to get married anytime soon, but have I ever met some real lookers!”

“Any in particular?” Taghreed replied with caution in her voice, wondering where this conversation was leading.

“Well, there’s a man from Jordan—a really successful businessman—and he should be in a magazine. He’s gorgeous!”

Taghreed stroked her chin and shook her head. “Do you really want to go down this road? You’re 26-years-old, and men have been a disaster for you… Please go slow.”

Wildly in love with her husband of six months and with the lifestyle he provided, Sunni saw Maged as the man she had dreamed of since she was a young girl.

With luxury, affluence, and unheard-of freedom, it seemed Sunni had finally made it.

But the mystery surrounding Maged’s endless stream of wealth quickly unraveled when Maged’s new business client came to dinner one evening. Out of left field, Sunni had been instructed by her beloved husband to sleep with their 40-year-old guest. In a matter of minutes, Sunni collided with the horrifying reality that her husband was deeply invested in the trenches of sex-trafficking. Maged’s love for Sunni was a total sham.

Sunni leaned back in her chair and looked at the ceiling. “Taghreed, am I a magnet for sick men? Is that my lot in life? How can I stay with Maged? I couldn’t even look at him this morning.” Sunni wept as she thought of the dream-shattering night.

“That is one of the lowest things I’ve ever heard of a husband doing to his wife. Prostituting you while he stayed in the same house! Are you kidding me? Don’t go back. I don’t care whether this is your third or tenth divorce. Leave him now. What he did to you was criminal.”

Sunni stayed with Taghreed and heard nothing further from Maged. Marriage number three was over.

Marriage number four lasted just over 24 hours. Sunni’s parents and brother forced Sunni into marrying another man who now lived in Tripoli. But Sunni was Hosni’s second wife, and on their first day together, he explained the new arrangement to Sunni: She would be a servant to Hosni and his first wife. Sunni left Hosni and wife number one in the middle of the second night.

In the two months that followed, Sunni spiraled deeper into depression.

“How come the happiest days of my life are always when I get divorced? That’s just not right, Taghreed. I think I need some pretty serious counseling. I’m really messed up.”

The two friends talked late into the night yet came to no new conclusions on what Sunni should do next except to see a “new friend” of Taghreed’s. The following day, Sunni joined the charming Christian woman at a local coffee shop and found herself uncharacteristically open within their first few minutes together.

“But I’m sure you’ve never met anyone as dysfunctional as me. My life is like a bad movie that won’t end. I’m just not sure what to do anymore.” Sunni paused and studied the other woman’s face. “Miriam, how can you smile so kindly when I am bearing my heart—screw-ups and all—to you?”

“Sunni, I’m smiling because I know Someone who will help you—guaranteed. I’ve heard other stories like yours. In fact, there’s a group of ‘messed up’ people that gets together tomorrow, and I’d love for you to come visit. It’s a Bible study Taghreed has been coming to for a few weeks.”

Sunni studied Miriam for several more seconds and then surprised Miriam with a simple response. “I’ll be there.”

Miram’s comment to the Bible study group the next day seemed impossible to comprehend. “One of the reasons I was so attracted to following Jesus is because of the way He treated women. He honored them every chance He had. Did you know Jesus even allowed two women to be the first to discover His empty tomb after He rose from the dead? The men weren’t even there.”

At the end of the two-hour Bible study, Sunni and Taghreed stayed to ask questions. Miriam answered each one from the Scriptures.

“But how do we know this Jesus is telling us the truth, Miriam? In my mind,” Sunni challenged, “He has two strikes against Him. First, I’m sick of religion, and second, I’m sick of men and their promises.”

“Well, maybe you should ask Jesus to prove Himself to you like I did.”

Sunni wasn’t expecting her objections to be answered by Taghreed.

“I prayed about a month ago to ask Jesus to prove Himself, and He has more than shown Himself to me since then.”

“He has? What do you mean, Taghreed?”

“Jesus has come to me five times in my dreams. He’s truly wonderful, Sunni. I hope you will meet Him soon.”

Sunni did meet Jesus even though He didn’t come to her in a dream. First, she saw Him clearly reflected in the life of His follower, Miriam, as she loved Sunni with the motherly love that Sunni had always longed for. Then Taghreed embraced Jesus, and the changes in her were immediate. Then last—but most impressive—of all — her brother, who had been so cruel to Sunni for years was transformed as soon as he became a disciple of Jesus.

Miriam had warned her about the cost of becoming a follower of Jesus. “Are you willing to take up your cross and die for Him?” she had inquired. “This is what He did for you.” Wrestling with the decision for several months, Sunni finally decided she would do the same for Him.

Sunni is now in no way the same person she was before. Because of Jesus’ brutal death on the cross and His magnificent resurrection from the dead, Sunni is free and forgiven. She no longer feels the need to be married in order to be happy and fulfilled. Jesus is sufficient.